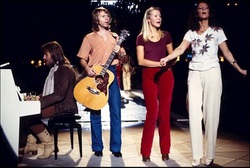 absolut big news ,you can watch the entire 'topclub' show (see site 'abba specials) for details ,and Abba on tv for more)  on this channel  MIRA6610 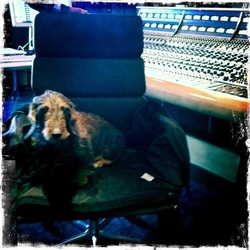 great news !
the studio site is ready
look at it ,RMV
http://www.rmvstudio.com/ 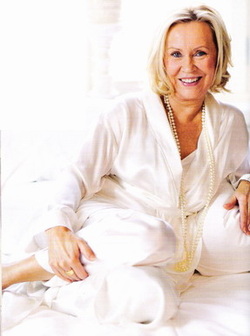 Agnetha just wanted to open the door to an eventual intimate reunion "talk about the old times",maybe jamming or humming an old tune or something special for the occasion .

and here are dumb and dumber who speculate for an eventual reformation and which event would be appropriate
and "would they be able to sing live" since they 've been out of the lamelight for a long time ?
we see that for a long time and untill now nobody seems to understand the real state of mind of the four members of Abba.
Even some fans and we can't blame them for that .

but if we analyse a lot of interviews and especially agnetha and bjorn's ones (the two others seems to tell everything and nothing) we can understand Abba state of mind ,these people are of the most honest in show business and they are very few ,very "human" and real people .during their carrier ,their manage was more moved by financial motivation (of course it's his job) ,the four members and especially agnetha and frida had only musical and artistic choices ,their solo carriers and especially agnetha's were from the most amateurism level ,why ,because agnetha just wanted to record and release solo records for her fans (few foreign promotion,few media exposition and it's not fear as the Abba  mythology would say) .
what she done with perfection ,her solo albums are pure delight .

Actually they are lovely grand-parents ,especially agnetha and bjorn and don't miss the limelight ,if they eventually think about reunion ,it would be intimate .

so dumb and dumber who speculate on events that would never come ,since when royal weddings are charity events ???

note that frida also mentionned an eventual collaboration with her but it seems more like a duet than a foursome act and i actually prefer that because a duet would be a gift for the fans ,while a fousome reunion would be more a media event !

NB. and i'm really proud to be an Abba fan just read theses few lines from a Boney M blog (i came across because abba was mentioned)

"Another aspect of image, especially to how the groups are perceived today, is reputation. ABBA is associated with integrity and originality – evenif they were in the business of selling records. Practically all their songs were originals. Apart from a very few exceptions, ABBA tracks werereleased only in one version. There were no edits or extended versions, let alone later remix projects. Although such could be exciting, there iscertain integrity in not tampering with the originals. The same set of core players played on all of the albums. The line-up of ABBA never changed. ABBA stopped while they were still popular and they never reformed, although huge amounts of money have been offered. The ABBA girls didn'tbecome superstars, but they had hits on their own and never re-recorded old ABBA tracks."

the "M-Magazine" with Agnetha  interview is out